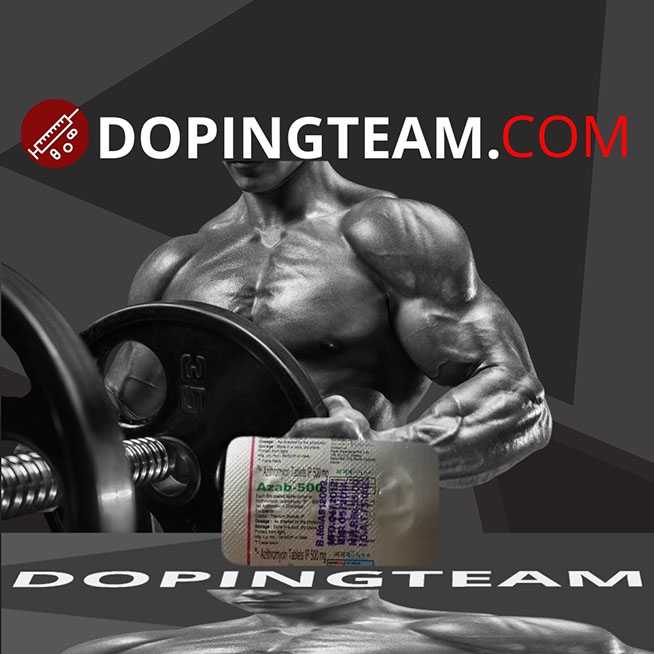 Azithromycin 500 – Instructions for use

1 tablet coated with a film containing azithromycin equivalent to 250 mg, 500 mg or 1000 mg of azithromycin anhydrous;

Tablets coated with a film coat.

500 mg tablets: yellow oblong biconvex, with a single side rinse and smooth tablets on the other with a film sheath;

Azab 500 is a representative of a group of macrolide antibiotics – azalides that have a broad spectrum of antimicrobial activity. The mechanism of action of azithromycin is to inhibit the synthesis of bacterial protein by binding to 50 S-subunits of ribosomes and preventing translocation of peptides in the absence of effect on the synthesis of polynucleotides.

Hypersensitivity to azithromycin or other macrolide and ketolide antibiotics and auxiliary substances of the drug. Due to the theoretical possibility of ergotism, azithromycin should not be administered simultaneously with derivatives of horns.

Interaction Azab 500 with other drugs and other types of interactions

Caution should be exercised when prescribing azithromycin to patients with other medicines that may prolong the QT interval.

Antacids: patients who are taking azithromycin and antacids should not take these drugs at the same time. Simultaneous administration of azithromycin, prolonged-release granules for oral suspension, with a single dose of 20 ml of Maalox (aluminum hydroxide and magnesium hydroxide) did not affect the frequency and degree of absorption of azithromycin.

Didanosine: At the same time, the daily dose of azithromycin 1200 mg with didanosine 400 mg in six subjects did not have an effect on didanosine pharmacokinetics compared to placebo.

Efavirenz : Concomitant administration of a single dose of azithromycin 600 mg and 400 mg of efavirenz daily for 7 days did not result in any clinically significant pharmacokinetic interaction.

Zidovudine: 1000 mg single dose and 1200 mg or 600 mg multiple doses of azithromycin did not affect plasma pharmacokinetics and serum zidovudine or its glucuronide metabolites. However, the use of azithromycin increased the concentration of phosphorylated zidovudine, a clinically active metabolite in mononuclear cells in the peripheral circulation. The clinical relevance of these data has not been clarified, but may be useful to patients.

Indinavir: Simultaneous administration of a single dose of azithromycin 1200 mg does not have a statistically significant effect on the pharmacokinetics of indinavir taken at a dose of 800 mg 3 times a day for 5 days.

Carbamazepine: in the study of pharmacokinetic interaction in healthy volunteers, azithromycin did not significantly affect plasma levels of carbamazepine or its active metabolites.

Use during pregnancy or breastfeeding

Investigations of the effects on the reproductive function of the animals were performed at doses that corresponded to moderate toxic doses for the parent organism. In these studies, there was no evidence of toxic effects of azithromycin on the fetus. However, there are no adequate and well-controlled studies in pregnant women. Since studies of the effect on the reproductive function of animals do not always correspond to the effect of humans, azithromycin should be prescribed during pregnancy only on vital signs.

Azab 500 has been reported to penetrate human breast milk, but there are no adequate and well-controlled clinical studies that could characterize the pharmacokinetics of excretion of azithromycin in breast milk. The use of azithromycin during breastfeeding is only possible when the expected benefit to the mother exceeds the potential risk to the child.

Fertility studies were performed on rats; the pregnancy rate declined after the introduction of azithromycin. The relevance of these data to humans is unknown.

Since azithromycin can cause certain disorders from the nervous system (see section “Adverse reactions”), it is not recommended to use the drug when it comes to driving vehicles and working with other mechanisms.

Method of administration and dose Azab 500

Azab 500 should be used 1 hour before or 2 hours after eating, as simultaneous meals disrupt its absorption. The drug is taken once a day. Pills swallow without chewing.

For infections of ENT organs, respiratory tract, skin and soft tissues (except migrating erythema): the total dose is 1500 mg, 500 mg once daily for 3 days.

For acne vulgaris: the recommended total dose is 6 g. It is recommended the following treatment: in the first 3 days, 500 mg once a day, the next 9 weeks – 500 mg once a week, with the second week use the tablet in 7 days after the first tablet is taken, and the next 8 doses should be taken at intervals of 7 days.

In the case of admission 1 dose of the drug missed dose should be taken as soon as possible, and the next – at intervals of 24 hours.

There is no need to change the dosage for the elderly.

Since elderly patients may be at risk for electrical cardiac conduction disorders, caution should be exercised when azithromycin is used due to the risk of developing arrhythmias and torsade de pointes arrhythmias .