View Cart “Vemox 500” has been added to your cart. 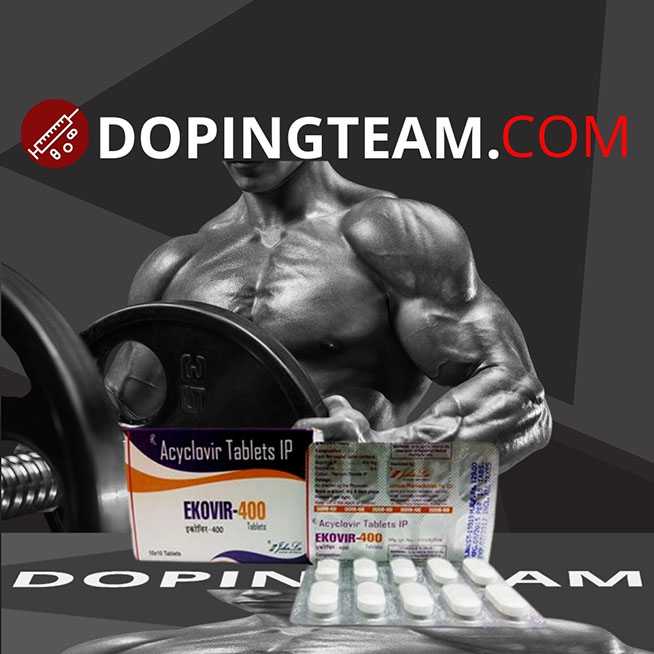 Action of the medicine.

Pharmacodynamics Ekovir 400 is an antiviral drug, especially effective against herpes simplex viruses (Herpes simplex) and herpes zoster (Varicella zoster). The similarity of the structures of acyclovir and deoxyguanidine allows acyclovir to interact with viral enzymes, which leads to an interruption in the multiplication of the virus. After the penetration of acyclovir into the herpes infected cell under the influence of thymidine kinase, which is excreted by the virus, acyclovir is converted

Specificity and high selectivity of action are mainly due to its accumulation in cells affected by the herpes virus. Has a high activity with respect to herpes simplex virus type I and II; a virus that causes varicella and shingles; the Epstein-Barr virus. Has moderate activity in relation to cytomegavirus. When herpes prevents the occurrence of new elements of rashes, reduces the likelihood of cutaneous dissemination and visceral complications, accelerates the formation of picks, reduces pain in the acute phase of herpes zoster. Has immunostimulating effect.

Pharmacokinetics. After oral administration, it is partially absorbed in the intestinal tract, through low lipophilicity, absorption after oral use of 400 mg is about 20%, and dose-dependent concentrations are formed sufficient to effectively treat viral diseases. The maximum concentration after oral administration is 400 mg -1, 2 μg / ml per day, and the minimum concentration is 0, 6 μg / ml. Peak maximum concentration is achieved in 1.5 – 2 hours. Penetrates through the blood-brain and placental barrier, is excreted in breast milk. It penetrates well into organs and tissues, the concentration in the cerebrospinal fluid is 50% of the blood level. After oral administration of 1 g per day, the concentration in breast milk is 60-410% of its plasma concentration (in the body of a child with breast milk, acyclovir is administered at a dose of 0.3 mg / kg per day). The connection with plasma proteins is 9-33%. Metabolised in the liver to form a metabolite of 9-carboxymethoxymethylguanine. It is excreted by the kidneys in the unchanged state, through glomerular and tubular secretion, in the form of a metabolite – 10-15%. The rate of excretion slows down with age, but the half-life of the active substance increases. In patients with severe renal insufficiency, the half-life is 20 hours, with hemodialysis – 5-7 hours (with the concentration of acyclovir in the plasma decreases to 60% of the output value).

Indications for use of Ekovir 400.

For the prevention of recurrence is shown to adults with complicated forms of frequent genital viral infections.

For the treatment of chickenpox and herpes zoster.

Method of use and dose of Ekovir 400.

In the treatment of herpes simplex skin and mucous membranes appoint 200 mg 5 times a day every 4 hours, with the exception of the period of night sleep. The course of treatment – 5 days, if necessary, can be continued. In cases of severe immunodeficiency (including after bone marrow transplantation or when intestinal absorption is disturbed) 400 mg 5 times a day are prescribed. Treatment should be started as soon as possible after the onset of infection. To prevent recurrence of herpes simplex, patients with normal immune status are prescribed 200 mg 4 times a day every 6 hours or 400 mg twice a day every 12 hours. When relapses begin treatment in the prodromal period or with the appearance of the first elements of rashes.

In patients with impaired renal function: in the treatment and prevention of infections caused by herpes simplex, in patients with Cl creatinine <10 ml / minute dosage is

When the drug is used, skin rash, gastrointestinal disturbances such as nausea, vomiting, abdominal pain, constipation and diarrhea,

pain, fatigue, dizziness, hallucinations, hyperbilirubinemia. All these symptoms disappear after the suspension of therapy with acyclovir.

Hypersensitivity to the components of the drug.

The maximum dose of acyclovir 5 g, taken at a time, does not provoke intoxication or overdose. But patients who took a dose that exceeds 5 g should be carefully examined for signs of intoxication.

Patients with reduced immunity (with HIV / AIDS or after bone marrow transplantation) should be given systemic use of the drug when using acyclovir cream, as in the case of severe and recurrent herpesvirus infection. Long-term or repeated treatment with acyclovir patients with reduced immunity may result in the emergence of strains of viruses that are insensitive before its action. In most isolated strains of viruses, insensitive to acyclovir, there is a relative lack of viral thymidine kinase; strains with altered thymidine kinase or with altered DNA polymerase were isolated. In-vitro action of acyclovir on isolated strains of herpes simplex virus can cause the emergence of less sensitive strains.

The use of Ekovir 400 during pregnancy is indicated in cases where the benefit to the mother exceeds the potential risk to the fetus.

In the course of therapy with high oral doses of the drug, a sufficient supply of fluid to the patient’s body should be ensured.

During therapy with Ekovir 400, breast-feeding should be discontinued.

In cases of violation of the excretory function of the kidneys and elderly people, the dose is reduced in view of the clearance of creatinine.

In case of allergic reactions, the drug should be discarded.

The interaction of Ekovir 400 with other medicines.

Probenecid reduces the excretion of acyclovir by 30%, which causes an increase in the half-life time of acyclovir.