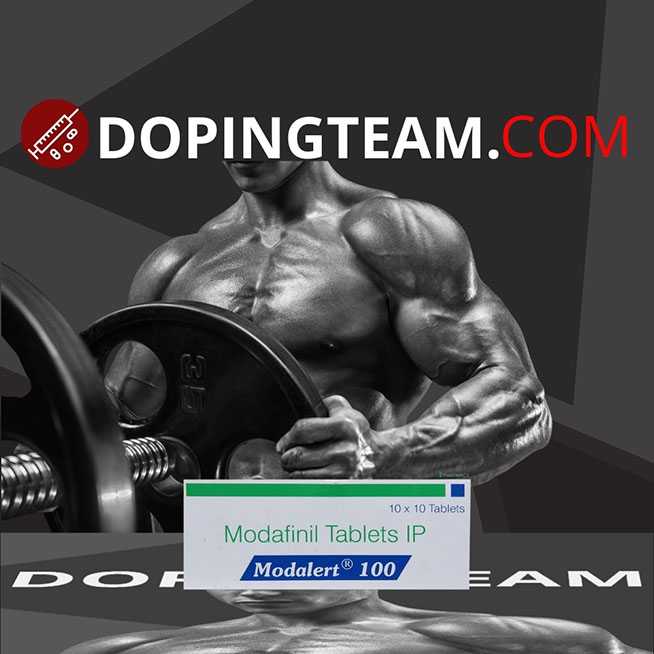 Modalert 100 (Modafinil) – an analeptic, is used to treat drowsiness associated with narcolepsy.

The US Food and Drug Administration (FDA) has also approved modafinil for the treatment of sleep disorders associated with shift work sleep disorder (SWSD) and sleepiness associated with obstructive sleep apnea. The European Medicines Agency, however, recommends restricting new prescriptions of medications containing modafinil only to cases of narcolepsy, due to the risk of developing neuropsychiatric, skin and allergic side effects. At the same time, since these side effects are most often observed in the first two weeks of the drug, its use for prescriptions made earlier is not limited.

Indications and dosing regimen of Modalert 100:

In addition to these indications, modafinil in some countries has been approved by state regulatory authorities also for the treatment of cases of idiopathic hypersomnia (pathological daytime sleepiness, the causes of which are not exactly diagnosed).

To treat hypersomnia associated with narcolepsy and obstructive sleep apnea, a single dose of 200 mg is recommended in the morning, although there are clinical trials according to which 200 mg twice a day (morning and noon) are more effective. A single dose of 400 mg does not result in a significant increase in efficacy compared with a dosage of 200 mg.

In the treatment of sleepiness associated with shift shifts, it is recommended to take a single dose of 200 mg of the drug 1 hour before the shift begins, a good effect is also achieved with a single application at a dose of 300 mg.

In all cases, the daily dosage should not exceed 400 mg; taking the drug in the afternoon is not recommended, since modafinil is slowly excreted from the body (half-life of 12-15 hours) and can interfere with normal night sleep. In general, the recommendations for dosing lie in the range from 100 to 400 mg per day, in 1-2 doses.

Modalert 100 is widely used not for its intended purpose, to suppress the need for sleep. It is also used without a doctor’s prescription to deal with general fatigue not related to lack of sleep, for example, for the treatment of attention deficit hyperactivity disorder and as an addition to antidepressants (in particular, persons with significant residual fatigue).

There are various opinions as to whether the cognitive effects that modafinil shows on healthy people who are not suffering from a deficiency of sleep can be sufficient to treat modafinil as an enhancer of cognitive functions. Researchers agree that modafinil improves certain aspects of short-term memory, such as memorizing figures, calculating and recognizing images, but results relating to spatial memory, interpreting functions and attention are contradictory. Some of the positive effects of modafinil can occur only for “low-productivity” people or people with low IQ. One study showed that modafinil restored the ability to learn to normal levels in methamphetamine-dependent, but showed no effect on healthy people.

Use by military and astronauts:

The military of several countries express an interest in modafinil as an alternative to amphetamines – drugs traditionally used in combat situations, where troops face sleep deprivation, such as long missions. The French government noted that the Foreign Legion used modafinil during certain covert operations. The Ministry of Defense of the United Kingdom gave instructions to investigate modafinil QinetiQ and spent 300,000 euros for one study. In 2011, the Air Force of India announced the inclusion of modafinil in plans. The Medical Service of the Indian Armed Forces is exploring its use.

In the US Army, modafinil was approved for use in several Air Force operations and is being studied for other purposes. In one study of helicopter pilots, it was suggested that 600 mg of modafinil in 3 doses could be used to maintain response and accuracy at the pre-deprivation level for 40 hours without sleep. However, there was a significant level of nausea and dizziness. In another study of combat pilots, it was shown that modafinil in three divided 100mg doses, preserves the accuracy of flight control in sleep-deprived F-117 pilots, about 27% of the baseline level for 37 hours without any significant side effects. In a study of 88 hours of sleep deprivation simulating a military operation, a 400 mg / day dose is mildly helpful in maintaining combat readiness and productivity in placebo-controlled,

The Journal of the Canadian Medical Society reported that modafinil was used by astronauts during long missions on the International Space Station. Modalert 100  “is available for the crew to optimize performance when fatigued”, helps with interruptions in circadian rhythms and reduced sleep quality in astronauts. During high-risk, large-scale and long-term police operations, field doctors in Maryland (USA) can issue 200 mg. modafinil once a day to law enforcement officials to improve attention and concentration and to facilitate functioning in conditions of limited rest periods.

Modalert 100 is widely used without prescribing by a doctor to suppress sleep needs, while it improves short-term memory after sleep deprivation. It is also used without a doctor’s prescription to deal with general fatigue not related to lack of sleep, for example, for the treatment of attention deficit hyperactivity disorder and as an addition to antidepressants (in particular, persons with significant residual fatigue).

But apart from self-use by people to enhance their capabilities, modafinil is widely used by doctors for a variety of purposes. In the United States and many other countries, drugs are registered for only one application, but can be prescribed by doctors for various purposes, taking into account the individual needs of the patient. Such use, called off label, is very widely practiced. Modafinil is used to treat depression and fatigue in depression, fibromyalgia, chronic fatigue syndrome, myotonic dystrophy, opiate-induced drowsiness, cerebral palsy and Parkinson’s disease. He improves subjective mood and friendliness, at least for shift workers. It is used in the disorder of biorhythms due to the change of time zones.

Modalert 100 can also be an effective and well tolerated treatment for patients with the syndrome of seasonal affective disorder. It is also prescribed by some doctors for the “owl” syndrome. There is evidence that modafinil, used alone, is effective for some subgroups of people with depersonalization disorder. Subgroups of people on whom he acts most often are people with a lack of attention, low excitability of the nervous system and increased drowsiness. However, no clinical studies have been conducted. Dr. Evan Torch calls the combination of SSR1 and modafinil “a hidden gem that can really help cure depersonalization disorder.”

Modalert 100 is studied as a possible treatment for cocaine dependence, for several reasons, the biochemical mechanism involving these two drugs, as well as the observation that the clinical effect of modafinil is largely opposed to the symptoms of cocaine withdrawal.

The number of positive samples of cocaine in the urine was significantly lower in the group taking modafinil, compared with the placebo group. Dan Umanoff, of the National Association for the Promotion and Protection of Drug Dependent, criticized the authors for the study of the negative findings from the discussion and the summary of the article.

Be the first to review “Modalert 100”