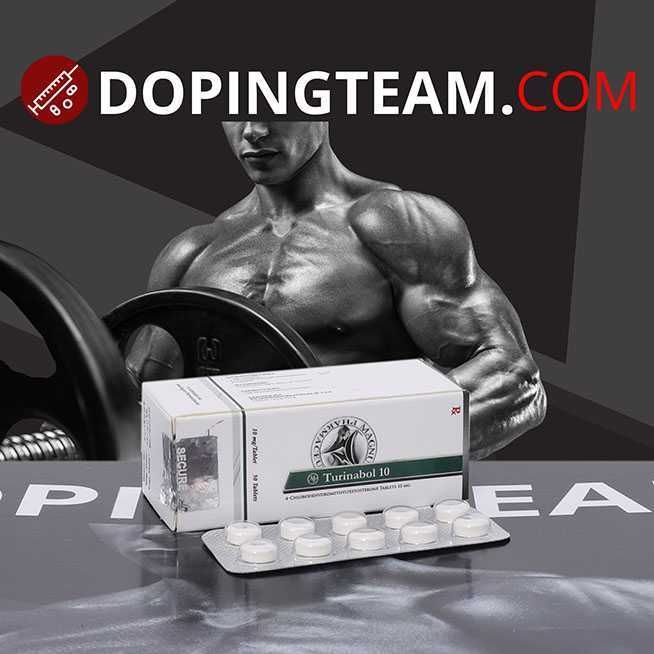 Magnum Turnibol 10 (Turinabol) by Magnum Pharmaceuticals is an oral anabolic steroids which contain 10mg per tab of the hormone 4-chlorodehydromethyltestosterone and it is merchandised in a pouch with 100 tabs. Turinabol (often called T-bol by athletes), was the most widely used drug for the East German Olympic Doping Program, known as “State Plan 14.25.” It was given to roughly ten thousand athletes whose results were meticulously recorded by scientists, coaches, and doctors working for the East German Olympic program. As a result of this, it is one of the most extensively researched Anabolic/Androgenic Steroids ever produced, with regards to it’s effects on strength, speed, and athletic training. Magnum Turnibol 10 is often described as having properties somewhere between Dianabol, and Anavar. With its moderate anabolic effects, and mild-ish side effects, this isn’t a bad description. Magnum Turnibol 10 displays anabolic tendencies that are approximately equal to or slightly greater than those of testosterone, while exhibiting little or no androgenic activity. It is a chlor-substituted version of methandrostenolone (Dianabol). Turinabol was the first original product of Jenapharm, a pharmaceutical company from East Germany. The patent registration took place in 1961. The idea of combining the structures of 4-chlorotestosterone and 1-dehydro-methyltestosterone came from the chemist Albert Stachowiak. At the time this represented a unique dissociation of anabolic and androgenic effects after oral administration. The product had been introduced for clinical use in 1965. Similar to Methandrostenolone Turinabol has same indications for use in medicine such as: It is often used in dysfunctions of protein synthesis due to it’s great capability of stimulating this important process. Also it is used for treating people who suffered of cancer, or other diseases which produce a very fast and grave weight loss. By being a strong anabolic steroid, Magnum Turnibol 10 helps really great in treating serious injuries and burns, for the same reason it is used in periods before and after a surgical operation, or infectious diseases, so the patient can recover much faster. Kidneys insufficiency, anemia, muscular dystrophy, osteoporosis, asthma ant hepatitis are also not a major problem when using Magnum Turnibol 10. In treatment with corticosteroids and tuberculosis, Magnum Turnibol 10 is a very good helper. An important note would be the fact that Magnum Turnibol 10 should be taken under the supervision of a qualified Doctor, due to it’s strong anabolic and androgenic effects. This drug can bee seen as a cross between Dianabol (Methandrostenolone) and Anavar (Oxandrolone), taking what many feel are the best features of each of these drugs and combining them into one prduct. Just like Anavar and Dianabol, Turinabol is 17-alpha-alkylated steroid, which allows it to be orally active and survive the first pass throuth the liver without being destroyed. Unfortunately, this also increases liver toxicity (hepatoxicicity). Liver Enzymes such as SGOT SGPT can be mildly to moderately elevated with use of Magnum Turnibol 10, but they seem to quickly return to normal after the cycle. Turinabol is one of the few drugs to be in high demand among both athletes as well as bodybuilders, regardless of whether they are on a bulking cycle or a cutting cycle. Athletes who have usedt this drug have reported that it is nearly as good for bulking as Dianabol, but with much less water retention. Reported weight gain with Magnum Turnibol 10 is generally less than experienced with classic oral bulking agents such as Dianabol or Anadrol (Oxymetholone) , but is much more “dry” and lean. Many have compared the quality of gains experienced with Turinabol to be similar to Anavar, but with more actual weight gain. The potential side effects of Turinabol usually depend on the dosage level and are gender-specific. in women, depending on their predisposi-tion, the usual virilization symptoms occur and increase when dos-ages of more than 20 mg per day are taken over a prolonged time. In men the already discussed reduced testosterone production can rarely be avoided. Gynaecomastia occurs rarely with Turinabol Since the response of the water and electrolyte household is not overly dis-tinct athletes only rarely report water retention and high blood pressure. Acne, gastrointestinal pain, and uncontrolled aggressive behavior are also the exception rather than the rule with Magnum Turnibol 10. An increased libido is reported in most cases by both sexes. Since the substance chlordehydromethyltestosterone is I 7-alpha alkylated the manufacturer in its package insert recommends that the liver func-tion be checked regularly since it can be negatively affected by high dosages and the risk of possible liver damage cannot be excluded. Thus Turinabol is also a steroid that can be taken without interruption for long intervals. Studies of male athletes who over a period of six weeks were given Magnum Turnibol 10 mg per day did not show any indications of health-threatening effects.

You can get rapid effect in workouts after buying Magnum Turnibol 10 by credit card or via Paypal.

Enjoy buying Magnum Turnibol 10 from our steroid store. We are looking forward to make you our loyal customer.