View Cart “Tretiva 20” has been added to your cart. 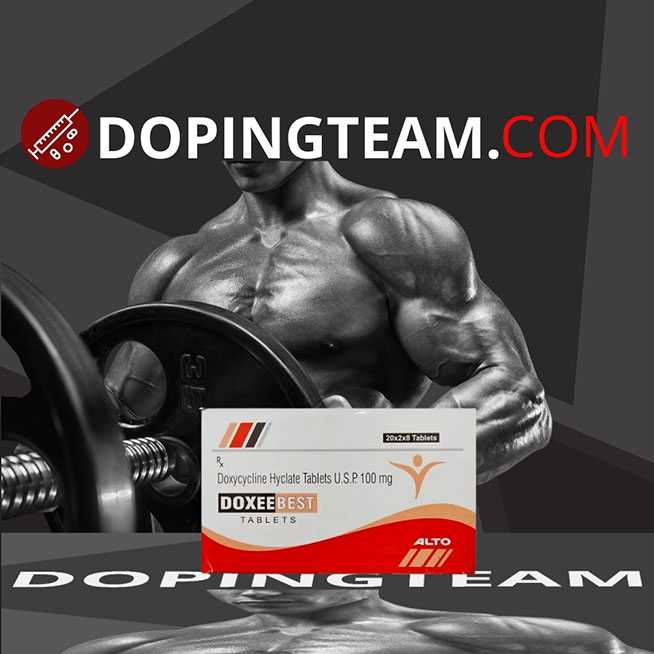 Doxee is one of the antibacterial medications that have a broad spectrum of antimicrobial activity. It is prescribed for therapy in the inflammatory processes in the respiratory, urinogenital and digestive organs. It is not used in pediatrics due to the peculiarities of pharmacokinetics – it accumulates in the bone tissue and forms stable compounds with calcium.

In the treatment of certain sexually transmitted infections, it is the main or reserve drug.

Doxee instructions for the use of tablets 100 mg

This drug is often prescribed by specialists from different fields of medicine (therapists, gynecologists, dermatovenerologists and others), because it quickly and effectively copes with bacterial infections of various localizations.

Has a number of contraindications that limit the scope and can cause side effects from different systems and organs. In order to reduce the risk, you should clearly follow the instructions of your doctor and read the attached instructions carefully.

Doxee is an antibiotic or not?

The abundance of various antimicrobial agents in pharmacies often causes patients to question whether the prescribed drug belongs to a particular drug group. Doxycycline belongs to the antibiotics of the tetracycline series . It was obtained by structural modification of oxytetracycline, therefore it is semisynthetic ABP. It has several modern analogues in terms of chemical composition – for example, dispersible tablets from the “Astellas” Unidox Solutab.

The active substance has a bacteriostatic effect on susceptible pathogens. The growth and multiplication of pathogens is inhibited by the penetration of the antibiotic into the cell and the inhibition of protein synthesis. Thus, the development of the bacterium stops, since without protein, the formation of cellular structures is impossible.

A wide range of antimicrobial actions means the sensitivity of different groups of pathogens to this drug:

When prescribing antibiotic therapy, doxycycline should be taken into account that proteus, pseudomonas, many strains of Bacteroides fragilis are resistant to it.

When the organism is infected with susceptible infectious agents. The list of treatable Doxee diseases includes:

For preventive purposes, the course of the drug is indicated in case of surgical interventions associated with pelvic organs, including medical abortions. Persons planning to travel to regions with an unfavorable epidemic situation of leptospirosis and malaria should also take this antibiotic.

In the course of many years of laboratory research and clinical trials, a number of contraindications to the use of the drug have been identified. First of all, it is not possible to assign it to patients with increased sensitivity to tetracycline antibiotics, since severe allergic reactions are possible.

With severe liver dysfunction and a rare genetic pathology of porphyria, tetracyclines are also prohibited. In the case of intravenous application, the myasthenia gravis also enters the list of prohibitions – a neuromuscular autoimmune disease expressed in the form of weakness of the striated muscle and very rapid fatigue. Infusions can lead to a significant aggravation of symptoms.

Do not prescribe Doxee during pregnancy, both early and late. This is due to its cumulative effect and the ability to penetrate the placenta. Accumulating in the fetal bone tissue, the active substance provokes such a developmental defect as the fragility of the skeleton. Also promotes the development of fatty liver infiltration. Some antibiotic enters breast milk, so breastfeeding should be suspended for the duration of antibiotic therapy.

For the same reason, there is an age limit – after reaching 8 years. The use of medication leads to an irreversible change in the color of tooth enamel and its hypoplasia in children of an earlier age. Accumulating in the bones and forming there stable complexes with calcium, the drug adversely affects the development of the child’s osseous system.

Antibacterial agents often provoke negative side reactions from the body. In most cases, they are represented by diarrhea, because in the course of treatment a useful intestinal microflora is destroyed. As a rule, after cancellation, it is completely restored, if penicillins or macrolides are used that are characterized by low toxicity.

Doxee belongs to the group of antibiotics tetracyclines, which often cause negative side effects. These include:

As a rule, the majority of negative consequences of antibiotic therapy with tetracyclines can be avoided. For this, the recommendations of the doctor who prescribes the drug must be strictly observed. In addition, it is desirable to drink a course of pre- and probiotic drugs that will support the intestinal microflora and, accordingly, immunity.

The encapsulated dosage form is the most convenient to use and is used for both outpatient and inpatient treatment. Adults are recommended to take the medicine during or immediately after a meal according to the following schemes:

Children who have reached the age of 8 years are treated according to the same scheme of taking the medicine with a 12-hour interval, however the daily dose for them is 4 mg of antibiotic per kilogram of weight on the first day and 2 – in the rest.

Doxee in glass ampoules is intended for intravenous administration, when it is not possible to take the capsule. In this case, it is diluted with water for injection and saline (up to 1000 ml) and injected very slowly, as it can provoke blood pressure changes.

Be the first to review “Doxee”