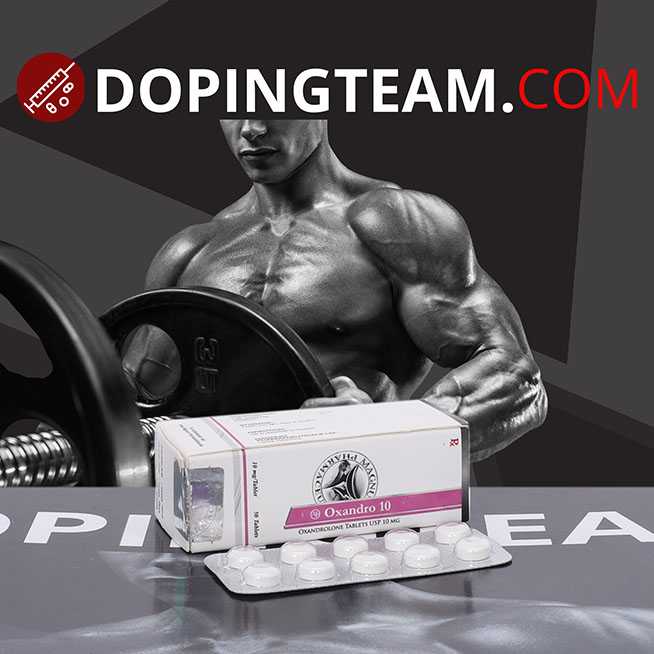 Magnum Oxandro 10 (Anavar) by Axiolabs is a synthetic anabolic steroid which contain 10mg per tab ofthe hormone Oxandrolone and it is merchandised in a pouch with 50 tabs. For the first time it was Produced by Serle Laboratories, now called Pfized Inc., and was introduced in United States in 1964. At the begining this anabolic steroid was used for different kind of diseases, which provoked a quick weight loss, to improve themuscle grow process. Later it was noticed that Anavar helps really great in treating osteoporosis. In 1989 Searle Laboratories Inc. stopped to produce this drug due the abusive use by a lot of bodybuilders. After that Anavar was picked up by Bio-Technology General Corporation, now called Savient Pharmaceuticals, Inc. This company made a lot of successful clinical trials in 1995 and named Anavar Oxandrin. It was approved for orphan drug status by the Food and Drug Administration (FDA) in treating alcoholic hepatitis, Turner’s syndrome, and weight loss caused by HIV. In addition, the drug has shown positive results in treating anaemia and hereditary angioedema. In a randomized, double-blind study, patients with 40% total body surface area burns were selected to receive standard burn care plus Oxandrolone, or without Oxandrolone. Those treated with Magnum Oxandro 10 showed improve body composition, preserved muscle mass and reduced hospital stay time. Before the Controlled Substances Act was passed to restrict the production, sale, and usage of anabolic steroids, Oxandrolone’s characteristics lent itself well towards use by female athletes. Its specificity targeting the androgen receptor meant that, unlike many other steroids, it had not been reported to cause stunted growth in younger users (because it doesn’t convert to estrogen, that’s the reason women typically don’t grow as tall as men — they have more estrogen) and at typical dosage rarely caused noticeable masculinising effects outside of stimulating muscle growth. It is not easily metabolised into DHT or estrogen. As such, a typical dose of 20-30 mg provided elevated androgen levels for up to eight hours. To increase effectiveness, bodybuilders typically “stacked” the drug with others such as Testosterone, further enhancing body mass gain. Unlike other anabolic steroids Oxandrolone has two major advantages: First, it does not convert to estrogen which causes gynecomastia. Second, it does not significantly influence the body’s normal testosterone production (HPTA axis) at low dosages (10mgs). When dosages are high (this goes for any anabolic steroid) then your body feels that it has enough testosterone and it reduces the production of LH (luteinizing hormone) which no longer stimulates Leyding cells in testicles to produce testosterone therefore causing testicular atrophy (shrinking). Post Cycle Therapy (PCT) is of course needed for high dosages (40–50 mg) of this synthetic derivative of testosterone because as the dosage increases the influence on HPTA is bigger. Lack of PCT will of course lead to protein catabolism until body’s normal testosterone secretion is back to normal. Bodybuilders consider a normal dose for a novice 20–30 mg per day, when in fact 10 mg is more than enough for someone who has never used it [unreliable source?]. Higher dosages not only lead to AR (Androgen Receptor) downregulation and HPTA suppression but also damage the liver being a 17?-alkylated steroid. It is specifically made 17?-alkylated because if it weren’t the liver would consider it a toxin and destroy it. Since Searle stopped production, biggest sellers are La Pharma Italy and British Dragon Thailand.

You can get rapid effect in workouts after buying Magnum Oxandro 10 by credit card or via Paypal.

Enjoy buying Magnum Oxandro 10 from our steroid store. We are looking forward to make you our loyal customer.

Magnum Oxandro 10 (Oxandrolone), unlike most oral compounds is categorized as a Class I anabolic steroid, most efficiently stacked with Class II compounds such as Dianabol or Anadrol. It adds little if anything to high-dose use of Class I anabolic steroids such as trenbolone, or to high-dose testosterone, which is classified as having mixed activity. It can be an aid, albeit an expensive one, to moderate dose testosterone usage. Anavar has often been called a weak steroid. Part of the reason for this is that use of a Class I steroid alone never is maximally effective. The other cause is that bodybuilders and authors in the field sometimes make unfortunate and unreasonable comparisons when judging anabolic steroids. If say 8 tablets per day does little, then a drug is pronounced useless or weak. And traditionally, oxandrolone was available in 2.5 mg Anavar tablets, proving only 20 mg daily with such usage, which totals to only 140 mg/week. For comparison, testosterone at that dose also gives little results. Indeed, few anabolic steroids give dramatic results at that dose, but they are not called weak on that account. The proper conclusion is that such Anavar tablets were individually weak, but not that the drug lacks potency.

Magnum Oxandro 10– oral anabolic steroid contains Oxandrolone and has small androgenic and a moderate anabolic effect. It treats the muscle wasting diseases, osteoporosis and other conditions. It is also one of the leading steroids in therapeutic steroidal treatment. Bodybuilders and athletes use Magnum Oxandro 10 to achieve strength without gaining body weight and it’s an ideal drug for bulking purposes. Oxandrolone released by Kalpa Pharmaceuticals is very popular and efficient steroid among female athletes. Magnum Oxandro 10 is commonly used by bodybuilders during cutting phases of training and in pre-contest period. It is also helpful in eliminating of both abdominal and visceral fat elimination and is essential for those staying in a certain weight class. Oxandrolone can be combined with many steroids, like Deca Durabolin, Dianabol and various testosterone compounds. Average dosage: men – 50-100 mg per day (with a cycle lasting from 6 to 12 weeks), women – 10-15 mg per day (with a cycle lasting from 6 to 8 weeks). The drug has a small amount of negative side effects, liver damage being one of them, as well as several androgenic-caused side effects for women as diarrhea, clitorial hypertrophy, acne, deep voice or increased body and face hair growth.

Magnum Oxandro 10 is the trade name for the synthetic steroid released by Sciroxx. Magnum Oxandro 10 is intended for oral administration and is produced as 10 mg tab. Each tablet of Magnum Oxandro 10 contains 10 mg of Oxandrolone hormone, and can be used both in men and women. is commercialized in high grade multi-layered sachets, specially designed to protect the contents from temperature changes or damages during shipment. Each sachet contains 50 tablets.