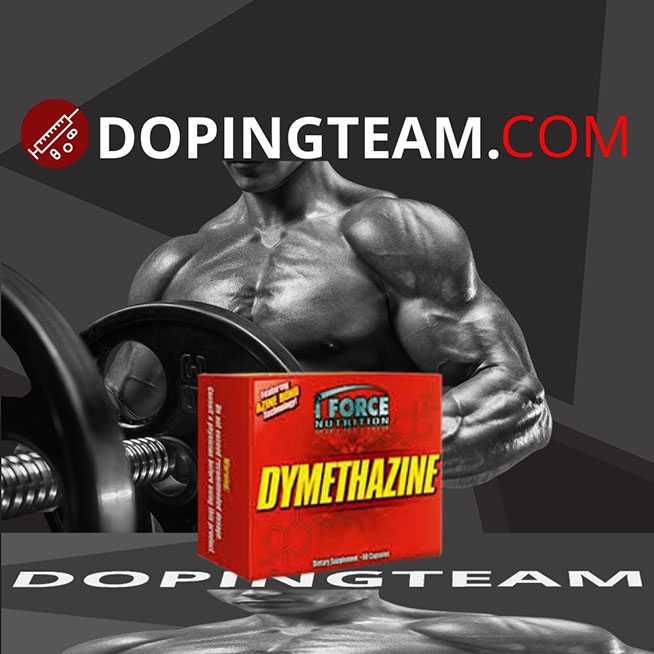 Dimethazine is a drug aimed at building and strengthening muscle tissue, as well as improving the strength and appearance. Most often used by professional athletes as a supplement to sports nutrition.

This drug belongs to the number of prosteroid, that is, it is a kind of prohormones. When ingested, the drug is converted into active anabolic steroids under the action of enzymes. It practically has no side effects, and the results become noticeable rather quickly.

The active substance that is part of this drug has been obtained for a long time, but at the present time there are similar means that contribute to the improvement of the physical form.

Dimethazine was developed in the 60’s in Italy. Initially, it was used for medical purposes to increase weight in various diseases, including tuberculosis and osteoporosis. The drug could be used by older people, women and children. This tool received quite good reviews, but it was not in high demand, so it was withdrawn from production. At present, this substance is not available in its pure form, but there are a number of similar preparations in the composition and effect.

DMZ is a later, slightly modified version of Dimethazine. This drug was developed specifically to increase, maintain and strengthen muscle mass. By its action, it is very similar to the Superdrill.

This tool works immediately in several directions due to the fact that it includes compounds acting on different receptors. Thanks to Dimethazine, you can get a noticeable increase in dry muscle mass, while the muscles become more dense and at the same time elastic, the strength increases; Increased blood flow to the muscles and improves the appearance, the results from training become more visible.

The molecule of the active substance (dimestazine) consists of 2 molecules of methyl-drostanolone, which are connected with the help of azine. When interacting with enzymes, this bond disintegrates, and methyl-drostanolone enters the bloodstream. Dimethazine – a strong anabolic steroid, with moderate androgenic activity, while it does not affect the production of estrogen and progestogen. It has virtually no side effects, but excess dosage or prolonged use of the drug may cause liver problems.

Dimethazine is not aromatized, does not affect the level of estrogen and does not cause gynecomastia. It promotes a qualitative set of muscles, while the body does not retain excess fluid, due to which the preparation is effective for drying.

The drug significantly strengthens muscles, increasing at the same time strength indicators. Athletes who took this drug, noted that progress is noticeable in a fairly short time.

Due to increased blood flow there is a strong pumping of muscles, which allows improving their relief.

Dimethazine is an effective additive. It has the same effects that are observed when taking other powerful anabolic steroids and prohormones. One of the significant advantages over these agents is the minimization of adverse reactions.

The dosage of Dimethazine

It is recommended to take 10-20 mg of the drug per day. The duration of the course should not exceed 1.5-2 months. Before use, consult with a specialist.

Women are recommended to use an average of 2.5 mg per day. The duration of the course should not exceed 1-1.5 months to prevent unwanted reactions of the body.

During the course, it will be better to reduce the amount of foods containing cholesterol and simple carbohydrates to avoid adverse effects on the vessels. The optimal addition will be fish oil and other products and additives that are rich in amino acids.

It is not recommended to increase the dosage or the duration of the course. This supplement is suitable for persons from 21 years old who do not have serious health problems. The drug is not toxic and has no serious contraindications, but it can cause a number of side effects.

Do not use pregnant and lactating women, as well as people with diabetes or susceptible to the disease.

Serious post-course therapy is required, since dimetazine negatively affects the work of the liver. For the same reason, the drug is contraindicated for those who have liver problems. Experts recommend taking supportive drugs that at least partially neutralize the negative reactions of the body.

If you increase the dosage of the drug and the timing of taking, that is, the probability of deterioration of the texture of the skin, growth of hair on the body and face (including women) and their loss on the head. Women may also experience a coarsening of the voice and a malfunction of the menstrual cycle.

The action of Dimethazine can cause an increase in the level of cholesterol in the blood and even the risk of the appearance of atherosclerosis. Sometimes there is an increase in pressure, less often – an increased risk of cardiovascular disease and a heart attack.

Excess prohormones can adversely affect the production of testosterone by the body. If you do not take additional stimulant drugs, then the level of testosterone will return to normal after 1-4 months after the course.

Be the first to review “Dimethazine”